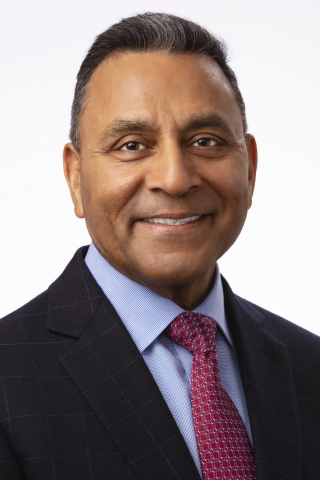 Paliwal is currently a partner at KKR, a leading global investment firm headquartered in New York. He serves on the board of directors of food and nutrition giant Nestle and aerospace and defense leader, Raytheon Technologies. He is an experienced chief executive with a track record for leading company turnarounds.

During his tenure as chairman, president and chief executive officer of Harman International Corp, Paliwal was instrumental in making the company an industry leader in audio and connected car technology. Prior to Harman, he spent 22 years with the ABB Group of Switzerland, where he held the dual role of president of ABB Group with the company's global P&L and chairman and CEO of ABB North America. Paliwal was significant in ABB’s turnaround from near collapse in 2002.

“We are excited to welcome Dinesh as a national trustee,” said David Budig, Miami University board chair. “His commitment to and knowledge of Miami and his decades of industry experience will provide invaluable insight to the Miami board. His membership will enhance and strengthen the board’s commitment to serving the best interest of Miami University stakeholders.”

An award-winning business professional, Paliwal was listed as Fortune Magazine’s “Business Person of the Year,” Yahoo Finance’s 5-Star CEOs, and on the Recode 100. He has been honored by numerous organizations for his contributions to diversity, education, and community outreach, including T.J. Martell Foundation, B'nai B'rith International, GOPIO, American India Foundation and EY. He is a recipient of the Ellis Island Medal of Honor, whose recipients include seven U.S. presidents, Nobel Prize winners, and other world leaders of government, industry, education, the arts, and sports.

“I am truly honored and humbled to serve as a national trustee of Miami University. I thank the chair of the board and the trustees for their confidence in me. I commit to championing the cause of Miami University, to steward its mission, and to strengthen and secure its future,” Paliwal said.

Paliwal is a distinguished Miami University alumnus. Earning master’s degrees in paper science and engineering in 1983 and an MBA in finance from Miami in 1985, he has continued to support and help advance the university.

In 2017, Paliwal, along with his wife, donated $1.5 million to Miami University’s Farmer School of Business and established the Dinesh and Ila Paliwal Innovation Chair and a scholarship for international students. Two years later, Dinesh established the Dr. Bill Scott Leadership Scholarship in the Paper Science and Engineering Foundation for Miami’s College of Engineering and Computing students studying in one of the three engineering disciplines with a paper concentration. Paliwal was conferred the honorary degree of Doctor of Laws by Miami University Board of Trustees in 2019. Most recently, he was honored with the Pioneer award by Miami University’s College of Engineering and Computing.

Miami’s board of trustees may include up to six national trustees, each serving a three-year term and each eligible for appointment to two consecutive terms. It is a non-voting position designed to provide additional feedback to the university from out-of-state alumni.